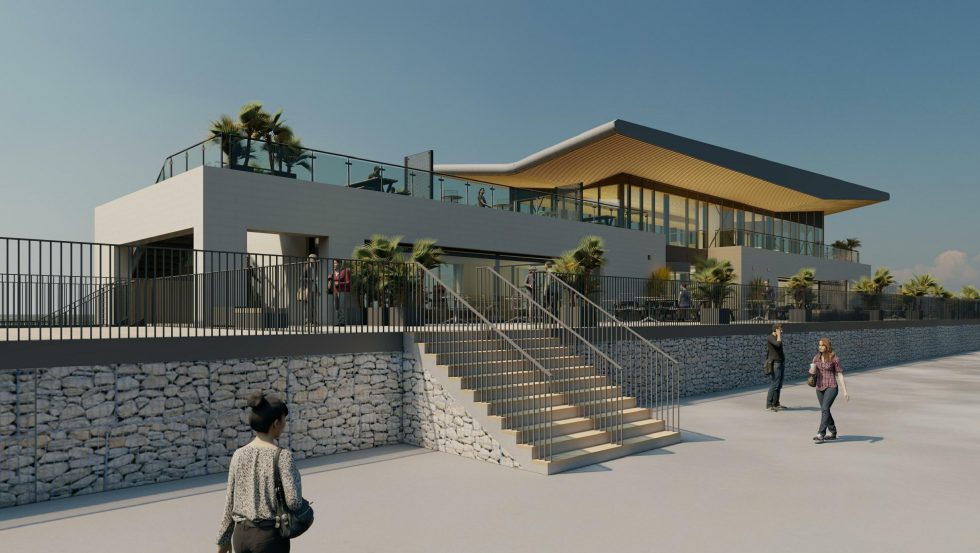 Plans Submitted for £6M Redevelopment of Sutton on Sea Colonnade

Plans for the redevelopment of Sutton on Sea’s Colonnade have been submitted for planning permission.

The latest plans build upon the draft designs, which have been adapted following the feedback received at the community event where they were first unveiled in early 2020. In addition to retaining all the major features of the initial plans – including: a new café, restaurant, gallery, exhibition spaces and new beach huts – the new plans also incorporate changes to provide enhanced settings for residents and visitors to spend more time participating in leisure activities and will ensure better access for all users.

The plans also provide a small number of new commercial kiosks that will attract new business opportunities around cycling hire, storage and maintenance and other recreational uses. Further work is also being undertaken with the local community to finalise the design and future use for the Pleasure Gardens area, which will be based around enhancing existing features such as the children’s play area, anchor, fountain and paddling pool. The new Colonnade will include flexible spaces on the landward side overlooking the enhanced gardens that can be used to retain sheltered, heated seating, as well as space for additional pop-up trading and events space all year round.

The plans will now go through the planning process with a decision expected by May 2021.

Works are currently underway to ensure that the site is prepared for the redevelopment, including the removal of the existing structure. The works have been made possible after government awarded us £500,000 Accelerated Funding through the Towns Fund. The redevelopment itself has been included within the Mablethorpe Town Investment Plan, which was submitted to Government in October last year. An announcement on the Towns Fund bid is expected on March 3 and it is hoped that the plans for the Colonnade will attract the £4.2million funding requested, towards estimated total project costs of £6.1million.

“The Colonnade project is something that we’ve been working on for some time and the submission of these plans is a major milestone. I’m pleased to see a final design that takes into account the extensive community consultation we’ve undertaken and I know the new structure can bring with it long-lasting benefits for Sutton on Sea. As well as providing a replacement Colonnade, it’ll bring some fantastic new facilities to the town, serving as an asset for local residents and a draw for visitors from further afield.”